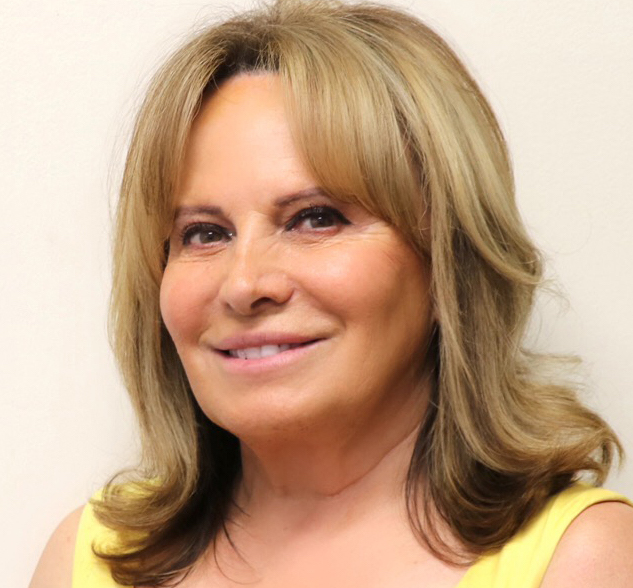 Since her arrival in the United States, Marta Batmasian has demonstrated a true immigrant spirit by getting involved and excelling in the fields of education, business, politics, and community service. Born and raised in Istanbul, Turkey, as a Christian Armenian, Marta's dream was to emigrate to the U.S., where minority groups were given the opportunity to integrate easily and pursue their dreams.

After graduating from Esayan Lycee, in Istanbul as a valedictorian of her class, she was admitted to the prestigious Robert College, founded as a branch of Columbia University in Istanbul. In her junior year, the family relocated to the Netherlands, where Marta attended Leiden University prior to her departure to the United States to complete her education.

She then attended Emerson College in Boston, where she received a B.A. in English with honors. Marta continued her graduate studies by enrolling in Brandeis University’s joint Master’s and Ph.D. program in Near Eastern Studies. Upon completion of her studies, she became superintendent of a small school, then an adjunct professor at the University of Massachusetts for eight years until she moved to Boca Raton, Florida. She subsequently received an M.B.A. from Barry University in Miami.

Marta’s Board Directorships and community charitable involvements are extensive. She has founded and funded many community endeavors, including Children's Science Explorium, Tri­ County Rescue Shelter, League of Education Awareness of Holocaust (LEAH), People Reaching Out to Provide Education and Leadership (PROPEL), Garden of Humanity, and many others.

Her Board memberships include South Florida PBS, Florida Atlantic University, Fund for Armenian Relief (FAR), National Association for Armenian Studies and Research (NAASR), and NSU Florida/H. Wayne Huizenga College of Business and Entrepreneurship. She has received numerous awards and recognitions, including College Club Achievement Award for Excellence in Business and Education (1983), Junior League of Boca Raton, Volunteer of the Year (1997), One Community (formerly known as National Conference of Christians and Jews) (2009), Outstanding Person and Leader – OPAL award by Rotary Club for community service (2011), Ellis Island Medal of Honor (2018), and several others.

Marta owns Investments Limited with her husband – a real estate investment company that owns and manages shopping centers, apartment communities, and office buildings. She resides in Boca Raton, Florida, and has two sons and three grandchildren.

Board Directorships, Memberships, and Affiliations:

Other Involvements, Past and Present Memberships, and Committee Works Include: