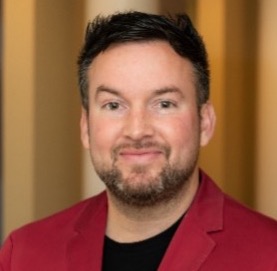 Andrew Koenig graduated with degrees in Finance and Accounting from Elon University in 2005 and received his M.B.A. in Entrepreneurship from Nova Southeastern University Huizenga College of Business and Entrepreneurship. Andrew began his full-time career with CITY Furniture in January 2006 in the Receiving Department unloading furniture on containers, and has worked his way up through the company and in almost all divisions of the company. He spent a significant time streamlining the Operations Department in the first eight years of his career to become one of the industry’s best. Currently, Andrew is serving as President of CITY Furniture, overseeing all departments of the business.

Shortly before joining CITY Furniture, Andrew studied Lean Philosophy at Toyota’s headquarters in Toyota City, Japan. After learning from Toyota and other Lean companies in the United States and abroad, Andrew introduced Lean Thinking to City Furniture in 2007.  Ever since, CITY Furniture has been on a Lean Journey to create a culture of mutual trust and respect, teamwork and a deep sense of urgency to continuously improve. Since the implementation of Lean, the company has seen many major breakthroughs in turnover reduction, operational process improvement, customer experience, safety, associate satisfaction, strategic planning, financial success and much more. The journey is never over, and Andrew and the senior team are working very hard to implement Lean Thinking which has been named "The CITY Furniture Operating System (CFOS), throughout the company.

Andrew is married to Deana whom he met at NSU while studying for his M.B.A., and has three children. Andrew is the son of Keith Koenig and nephew to Kevin Koenig, the founders of Waterbed City in 1971, which ultimately converted to CITY Furniture in 1994.