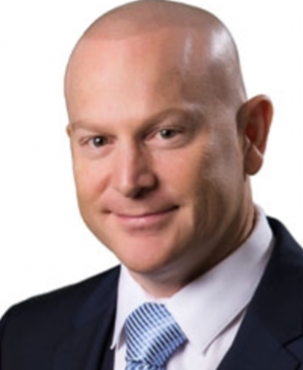 Jeff Ostrow is the Managing Partner of Kopelowitz Ostrow P.A. He established his own law practice in 1997 immediately upon graduation from law school, and has since grown the firm to 35 attorneys in three offices throughout South Florida. In addition to overseeing the firm’s day-to-day operations and strategic direction, Jeff practices full time in the areas of consumer class actions, sports and business law. He is a Martindale-Hubbell AV® Preeminent™ rated attorney in both legal ability and ethics, which is the highest possible rating by the most widely recognized attorney rating organization in the world.

Jeff often serves as outside General Counsel to companies, advising them in connection with their legal and regulatory needs. He has represented many Fortune 500® Companies in connection with their Florida litigation. He has handled cases covered by media outlets throughout the country and has been quoted many times on various legal topics in almost every major news publication, including The Wall Street Journal, The New York Times, The Washington Post, Miami Herald, and Sun Sentinel. He has also appeared on CNN, ABC, NBC, CBS, Fox, ESPN, and almost every other major national and international television network in connection with his cases, which often involve industry-changing litigation or athletes in Olympic swimming, professional boxing, the NFL, NBA and MLB.

Jeff is an accomplished trial attorney who represents both plaintiffs and defendants, successfully trying many cases to verdict involving multimillion dollar damage claims in state and federal courts. Currently, he serves as lead counsel in nationwide and statewide class action lawsuits against many of the world’s largest financial institutions in connection with the unlawful assessment of fees. To date, his efforts have successfully resulted in the recovery of over $500,000,000 for tens of millions of bank and credit union customers, as well as monumental changes in the way they assess fees. In addition, Jeff has served as lead Class Counsel in consumer class actions against some of the world’s largest airlines, clothing retailers, universities, health insurance carriers, technology companies, and oil conglomerates, and he has also served as Class Action Defense Counsel for some of the largest advertising and marketing agencies in the world, banking institutions, real estate developers, and mortgage companies.

In addition to the law practice, Jeff is the President of ProPlayer Sports LLC, a full-service sports agency and marketing firm. He represents Olympic Gold Medalist swimmers, World Champion boxers, and select NFL athletes, and is licensed by the NFL Players Association as a certified Contract Advisor. At the agency, he handles all player-team negotiations of contracts, represents his clients in legal proceedings, negotiates all marketing engagements, and oversees public relations and crisis management. He has extensive experience in negotiating, mediating, and arbitrating a wide range of issues on behalf of clients with the NFL Players Association, the International Olympic Committee, the United States Olympic Committee, USA Swimming and the World Anti-Doping Agency.  He has been an invited sports law guest speaker at New York University and Nova Southeastern University, and has also served as a panelist at many industry conferences.

Jeff is a lifetime member of the Million Dollar Advocates Forum, the most prestigious group of trial lawyers in the United States. Membership is limited to attorneys who have won multi-million-dollar verdicts. Additionally, he has been named as one of the top lawyers in Florida by Super Lawyers® for several years running, honored as one of Florida’s Legal Elite Attorneys, recognized as a Leader in Law by the Lifestyle Media Group®, and nominated by the South Florida Business Journal® as a finalist for its Key Partners Award. Jeff is a recipient of the University of Florida’s Warrington College of Business Administration Gator 100 award for the fastest growing University of Florida alumni-owned law firm in the world.

When not practicing law, Jeff serves on the Broward County Courthouse Advisory Task Force, in addition to his seat on Wayne Huizenga School of Business Board of Governors. He is also the Managing Member of One West LOA LLC, a commercial real estate development company with holdings in downtown Fort Lauderdale. He has previously sat on the boards of a national banking institution and a national healthcare marketing company. Jeff is a founding board member for the Jorge Nation Foundation, a 501(c)(3) nonprofit organization that partners with the Joe DiMaggio Children’s Hospital to send children diagnosed with cancer on all-inclusive Dream Trips to destinations of their choice.