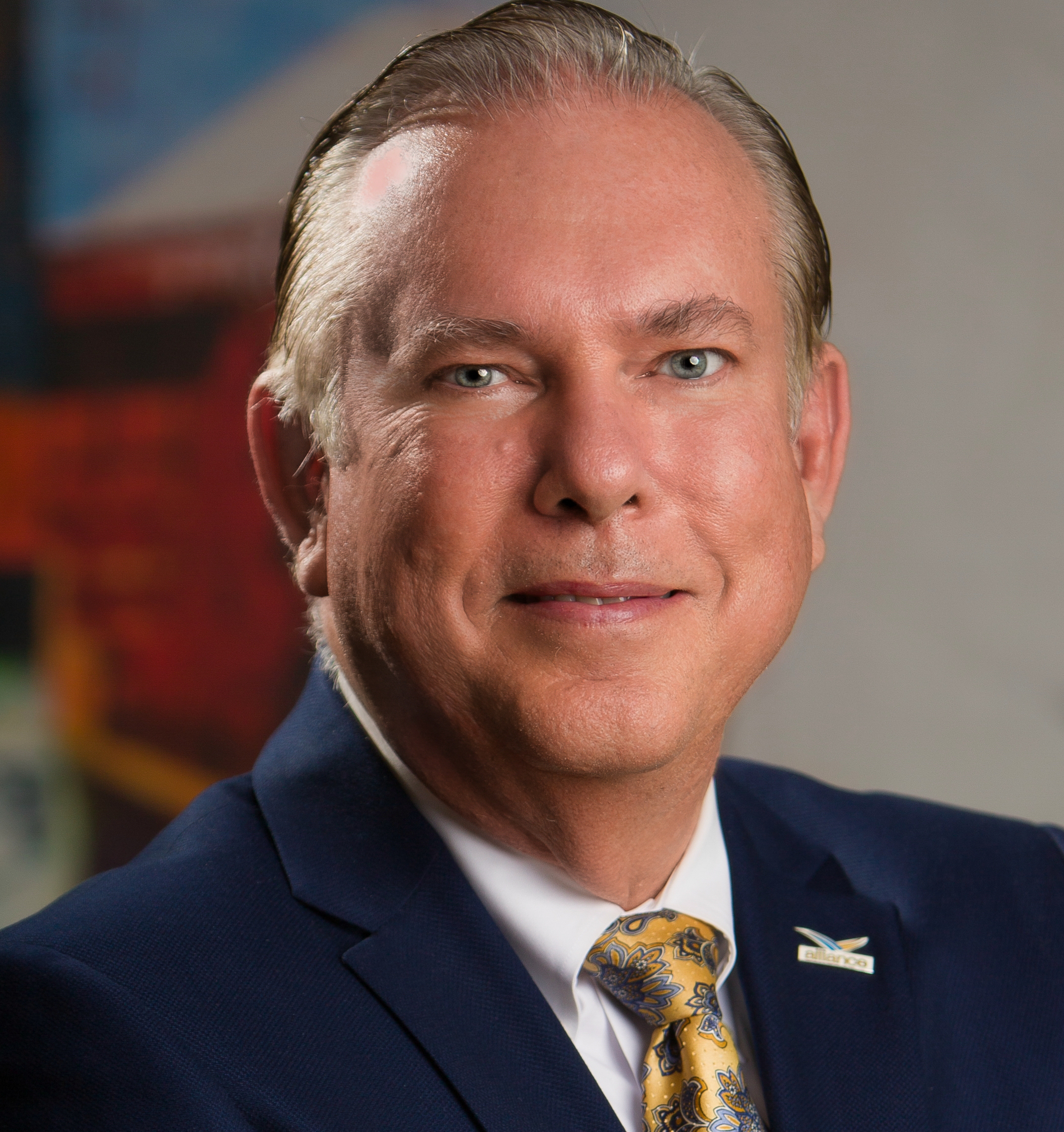 Bob Swindell was named President and CEO of the Greater Fort Lauderdale Alliance in 2009. He joined the Alliance as the Senior Vice President of Business Development in 2003. The Alliance is Broward County's official public/private economic development partnership that brings together the County’s business community and 31 municipalities for the purposes of accelerating economic and job growth.

A lifelong Broward resident, Bob has served in several business and community leadership roles. Prior to his position with the Alliance, for 18 years Bob was President of Champion Manufacturing, a Pompano Beach and Fort Lauderdale-based industrial supply company serving the Southeastern United States.

In 1992, during the impact of Hurricane Andrew, Bob chaired the local Board of the American Red Cross for two years. He serves on several professional and community Boards now, including CareerSource Broward, United Way of Broward County, Junior Achievement of South Florida, Winterfest, and he is a past-Chairman of the FEDC (Florida Economic Development Council). Since October 2005, Bob has served on the Florida Atlantic Research and Development Park Authority (FARDA) as an appointee of the Broward County Commission. In February 2019 Bob was elected Chairman of the FARDA Board. He also served on the Board of Directors for NAIOP and Enterprise Florida.

Bob has received numerous awards and accolades for his service to the community. In 2011, he was named a Business Leader of the Year by the Leadership Broward Foundation. In June of 2013, Governor Rick Scott presented Bob with the Governor’s Business Ambassador Award at the Annual meeting of Leadership Florida. He was recognized by the Greater Hollywood Chamber of Commerce for Outstanding Community Service in February 2014.

The American Red Cross also honored Bob in 2015 with their Humanitarian Award. In 2016, Bob was named by the Florida Economic Development Council as Florida’s Economic Development Professional of the Year. He was recognized by the Seafarers’ House as the Business Leader of the Year in 2017. In 2018, Bob was inducted into the Broward Schools Alumni Hall of Fame. In October of that same year, Bob was inducted into the Greater Fort Lauderdale Chamber’s Business Hall of Fame and was recognized as an Ultimate CEO by the South Florida Business Journal.