Jeffrey Berkowitz, Miles Austin Forman, and James E. McDonnell IV are the 2009 Inductees to the Huizenga College of Business and Entrepreneurship Hall of Fame 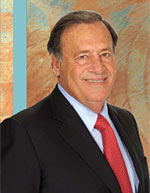 A graduate of Cornell University and the University of Miami School of Law, Berkowitz practiced real estate law in the 1970s, which led to commercial property development.

In 1986, he established Berkowitz Development Group, Inc. The company has developed projects such as Aventura Commons, Kendall Village Center, and Kendallgate Shopping Center, to name a few. The architectural and urban innovation of Dadeland Station Shopping Center has become a pioneering concept widely copied throughout the United States.

Berkowitz has been active in community affairs and supporting charities for more than 30 years, including founding and chairing the Children's Foundation of Greater Miami Inc. and donating property to the Miami Children's Museum. 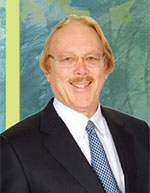 Miles Austin Forman, President of American Marketing and Management, is a real estate developer and entrepreneur who has achieved success by recognizing opportunities. As a student, Forman spent his summers working at the United Federal Savings and Loan Company. There he obtained the skills to set the foundation for his entrepreneurial career.

While attending the University of Florida, Forman landed a job through his roommate and learned about the cemetery business. After serving in the United States Army, he saw an opportunity to sell pre-need cemetery property in Broward County – replicating the success of such businesses in Gainesville and Daytona Beach.

Forman supports education, the arts, and animals, among many other causes, and has contributed to groups such as The Museum of Science and Discovery and the Broward Center for the Performing Arts. 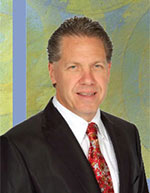 After attending only two semesters of college, he went door-to-door selling microwave oven leakage detectors. With drive and determination, he forged ahead with his entrepreneurial pursuits and created a number of innovative businesses.

With a vision and understanding of environmental issues, he developed a line of easy-to-use, home safety test kits for mold, radon, lead, asbestos, and drinking water contaminants. Windmill Advertising was originally created to accommodate the needs of his many businesses, but now also serves a multitude of corporate clients. The company received 12 Addy awards in the 2007 Fort Lauderdale Advertising Federation competition.

McDonnell is a major supporter of the community and has been involved with groups such as The Boys and Girls Club, Rotary International, the Susan G. Komen Breast Cancer Foundation, and the Ann Storck Center, along with many other organizations and charitable causes.