William E. Mahoney, Jr., Beverly Raphael, and John H. Schnatter are the 2011 Inductees to the Huizenga College of Business and Entrepreneurship Hall of Fame 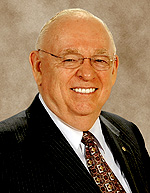 Founder and president of Mahoney & Associates, William E. Mahoney, Jr., spent four years in the United States Air Force before entering the world of insurance. He began his career at New York Life Insurance Company in 1963 and discovered he had a passion for helping people invest their hard-earned money. Mahoney & Associates now has offices in Fort Lauderdale, Florida; Springfield, Massachusetts; and New York City, New York.

He has built an international compensation and benefits management firm by specializing in employee benefit, taxation and law as it relates to benefits, executive compensation, and estate planning. He leads his company by ensuring that clients are guided through complex benefits legislation, new tax laws, and volatile market conditions.

Mahoney is a frequent lecturer for organizations such as the Florida Institute of CPAs, the American Management Association, and the Central Florida Human Resource Association, among others. He is a lifetime member of the Million Dollar Round Table, the Top of the Table, the Association for Advanced Life Underwriting, and the International Forum and is currently a member of the New York Life Insurance Advisory Board of Directors.

Mahoney understands the value of giving back and serves on the Board of Directors of organizations such as United Way of Broward County and the Children's Harbor. 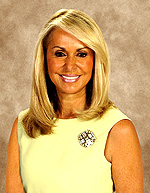 President and chief executive officer of RCC Associates, Inc., Beverly Raphael is a shining example of entrepreneurial success. Following the unfortunate death of her husband in 1998, Raphael took the helm of their general contracting firm RCC Associates and grew the business from a respectable $19 million in revenue to more than $105 million in 2007.

Prior to RCC, Raphael owned BRA Inc., an apparel company with showrooms in Miami, Florida, and Atlanta, Georgia. She also worked in public relations and in the healthcare industry.

Raphael has been awarded many distinctions, including Ernst & Young's Entrepreneur of the Year, the Junior Achievement Hall of Fame, and South Florida Business Journal's Excalibur Award and CEO Businesswoman of the Year Award in 2004 and 2007.

In addition, she has given of her time to work for the betterment of the community, serving on the board of the Broward Center for the Performing Arts and as a trustee for the Jewish Women's Fund, as well as numerous other charities.

At age 22, he believed he could make a better traditional pizza by using quality ingredients. Today, Papa John's is the world's third-largest pizza company with more than 3,700 restaurants in all 50 states and 32 countries.

For 10 of the past 11 years, consumers have rated Papa John's No. 1 in customer satisfaction among all national pizza chains in the American Customer Satisfaction Index (ACSI). The company has received numerous other awards including Restaurants & Institutions' 2009 Gold Award for Consumers' Choice in Chains in the pizza segment and Pizza Today named the company 2007 Pizza Chain of the Year. In 2010, the company surpassed $2 billion in online ordering pizza sales, achieving the milestone after becoming the first pizza company to offer national online ordering in 2001.

Schnatter's many personal business achievements include induction into the Junior Achievement U.S. Business Hall of Fame in 2007. His philanthropic efforts include funding for the 55,000-seat Papa John's Cardinal Stadium in his hometown of Louisville, Kentucky, and supporting organizations such as the Cerebral Palsy K.I.D.S. Center, Boy Scouts of America, and the Louisville Zoo.