Joseph McDonnell, Mario Murgado, and William Murphy are the 2022 Inductees to the Huizenga College of Business and Entrepreneurship Hall of Fame

What a Great Night! 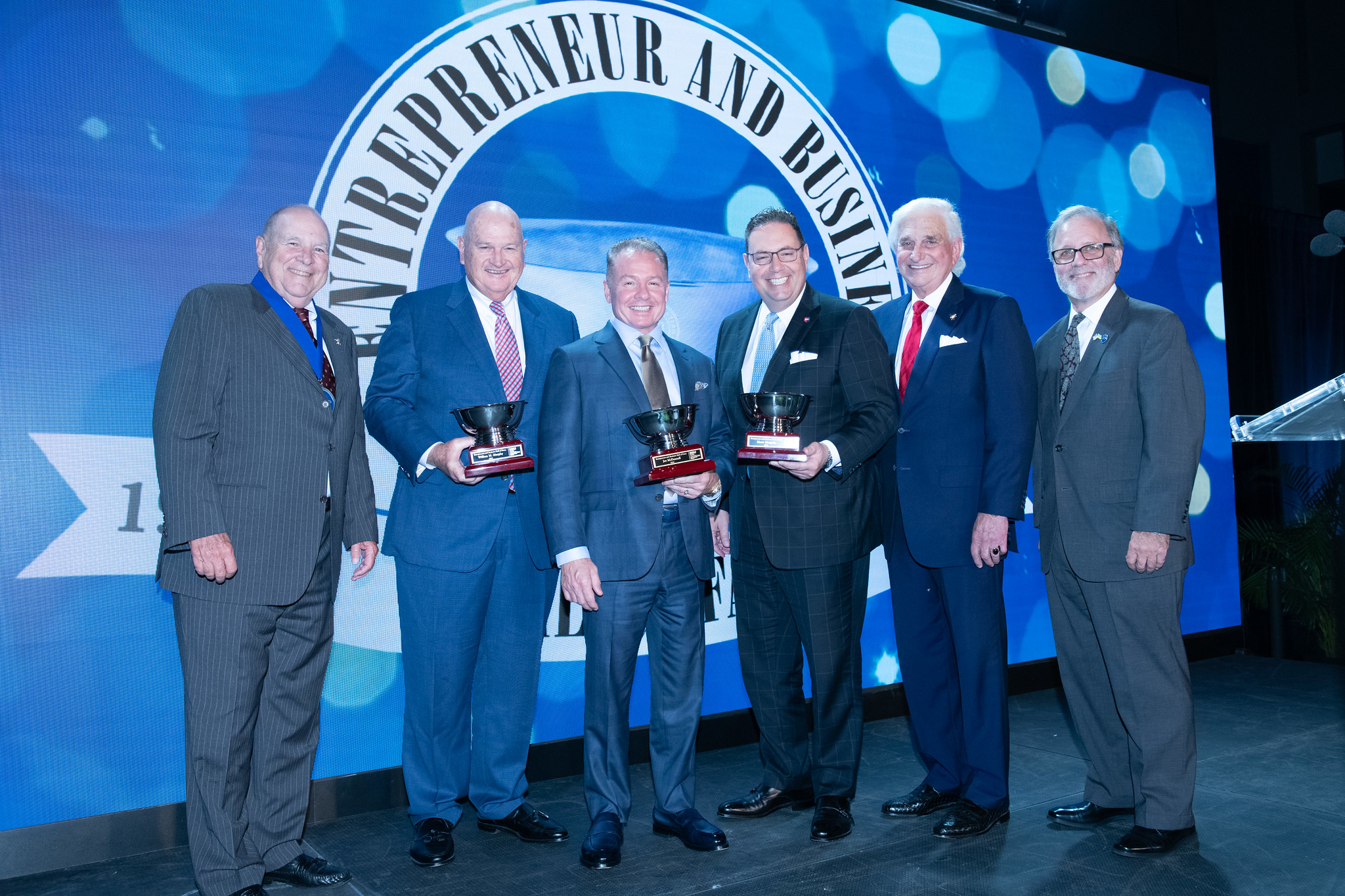 View the Photo Gallery. Read about the Event.

It started while he was still in law school, with his invention of the first of its kind microwave oven leakage detector card for which he holds a US patent. From there, McDonnell created an entire line of home safety testing products and was the first to invent, develop and market carbon monoxide detectors globally, which later grew to a $20 billion industry annually.

In 1998, Joe founded iShopSecure, Inc., around an on-line identity authentication technology that he developed and patented to prevent online identity fraud. He worked in collaboration with the FBI and US Secret Service to prevent terrorism.

In 1999, he launched the Rejuvenate cleaning and restoration product line on QVC, with a long history of being number one in its product category and distribution through 40,000 retail stores in the US, Canada, Europe, and Dubai. Other brand successes include Air Innovations, Pursfection, Pietra Italia, Smart Stop and Fast Brite.

McDonnell is a supporter of many national charities including the Boys and Girls Club of South Florida, Habitat for Humanity, and the Hurricane Relief Fund, to name a few.

Mario’s holdings have grown to include a Honda, Volkswagen dealership in Downtown Chicago, Ferrari and Bentley dealership in New Jersey, and a Bentley and Maserati dealership in Jacksonville, Florida. Murgado was formerly senior managing partner of the Braman organization in both Miami and Palm Beach.

In 2001 he purchased his first, almost barren, Brickell Honda and Brickell Pontiac GMC dealership and turned it into a successful and profitable venture. Murgado strongly believes, “To whom much is given, much is expected,” and leads by building the morale of his associates, raising the organizational culture and mindset to one of excellence in service to the client.

Murgado has served as chairman of the Florida Automobile Dealers Association, chairman of the American Honda National Dealer Advisory Board and as a member of the General Motors advisory boards for marketing and fixed-operations dealers, among other industry service.

He is an active supporter of numerous charitable and civic organizations, and has received the South Florida Business Journal’s Business of the Year and Entrepreneur of the Year awards among many others.

Bill Murphy, a licensed real estate broker in the states of Florida and New York, is president of Douglas Management & Realty, Inc., a full service real estate investment company he founded in 1990.

Throughout his career in South Florida, Murphy has owned, operated and/or developed in excess of 3,000,000 square feet of office, retail and industrial property, as well as 7,500 multifamily units.

Prior to moving to South Florida, Murphy spent nearly ten years in construction lending and real estate workouts for Chase Manhattan Bank. During his tenure, he was responsible for working out more than 100 loans throughout the United States, including completing the construction on such notable projects as Pinehurst Resort in North Carolina, Sandestin Beach Resort and the Vistana Resort in Florida, and Granlibakken in Tahoe City, California.

Murphy has significant interests in multiple office buildings, apartment units and numerous parcels of land. He is extensively involved in the South Florida community, having chaired the Economic Development Board of Lauderdale Lakes and serving as a board member of the Boys and Girls Club of Broward County, among other professional, civic and charitable service.

“I want to welcome these established and well-respected business leaders into the Huizenga College of Business and Entrepreneurship Hall of Fame. These members exemplify leadership and ingenuity in our community and will join a distinguished group of past honorees."