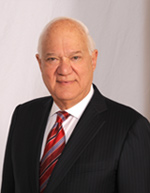 Feldenkreis founded the Universal National Bank of Miami and currently serves on the Board of Trustees for the University of Miami and the boards of the Simon Wiesenthal Center and the Greater Miami Jewish Federation. He is a benefactor of numerous health, educational and social organizations. Feldenkreis has been honored by many organizations for his business achievements and civic contributions, including the Lincoln-Marti award for his role in the Cuban Refugee Program and the Man of the Year award from the American Apparel and Footwear Association.