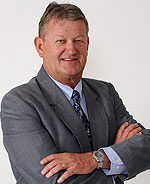 Guy Harvey, Ph.D., is a unique blend of artist, scientist, diver, angler, conservationist, and explorer. His first autobiography, Portraits From The Deep, debuted in 2004 as a made-for-television fishing series. The documentary This is Your Ocean: Sharks, premiered at the Newport Beach Film Festival in 2011. Harvey's murals grace locations such as the Don Taft University Center at NSU, the Hollywood-Fort Lauderdale International Airport, the Owen Roberts International Airport in Grand Cayman, and the Surf Style parking garage and swim shop in Clearwater Beach, Fla. The Guy Harvey Research Institute was established in 1999 with a mission to provide the scientific information necessary to understand, conserve and effectively manage the world's marine fishes and their ecosystems. In 2008, the Guy Harvey Ocean Foundation was established to fund leading scientists.