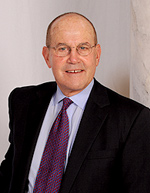 Joel Altman is the Chairman and Chief Executive Officer of The Altman Companies, which is developing or has developed, constructed, acquired and managed in excess of 21,000 multifamily units in Florida, Michigan, Illinois, Tennessee, Georgia, North Carolina and Texas since 1968. The Altman Companies incorporates multifamily development, general contracting acquisitions and property management among its many services, has its corporate headquarters in Boca Raton, Florida and has 300 employees.

Altman is active in the South Florida community through his participation in the World President's Organization, Young President's Organization, Junior Achievement and Broward Workshop. He has received the Sun-Sentinel Excalibur Award, South Florida Business Journal's Palm Beach Ultimate CEO Award and Multifamily Executive Magazine's Community Service Award, and others. In 1993, Altman founded The Altman Foundation for Children which provides grants to children's service organizations focused on bettering the lives of abused and neglected children. In 2000, he founded Kids@Home to help tackle the complex problems facing transitioning foster teens. Altman previously served on the Board of Directors for the Boca Raton Regional Hospital and its Hospital Foundation. He is a member of the Broward Workshop and serves on its Urban Core and Juvenile Justice Committees.