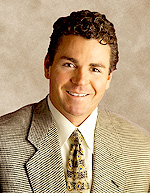 John H. Schnatter, founder, chairman, and co-chief executive officer of Papa John's International, Inc., began his global franchise in 1984 with a single pizza oven in a broom closet in his father's tavern, Mick's Lounge in Jeffersonville, Indiana. At age 22, he believed he could make a better traditional pizza by using quality ingredients. Today, Papa John's is the world's third-largest pizza company with more than 3,700 restaurants in all 50 states and 32 countries.

For 10 of the past 11 years, consumers have rated Papa John's No. 1 in customer satisfaction among all national pizza chains in the American Customer Satisfaction Index (ACSI). The company has received numerous other awards including Restaurants & Institutions' 2009 Gold Award for Consumers' Choice in Chains in the pizza segment and Pizza Today named the company 2007 Pizza Chain of the Year. In 2010, the company surpassed $2 billion in online ordering pizza sales, achieving the milestone after becoming the first pizza company to offer national online ordering in 2001.

Schnatter's many personal business achievements include induction into the Junior Achievement U.S. Business Hall of Fame in 2007. His philanthropic efforts include funding for the 55,000-seat Papa John's Cardinal Stadium in his hometown of Louisville, Kentucky, and supporting organizations such as the Cerebral Palsy K.I.D.S. Center, Boy Scouts of America, and the Louisville Zoo.