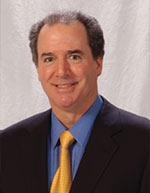 Michael Maroone has served as president and chief operating officer of AutoNation, Inc., the world's largest automotive retailer, since 1999. His father opened Al Maroone Ford in 1954 in Buffalo, New York, and young Maroone spent his Saturdays hanging out around car dealerships. From the age of 13, he typically worked at dealerships after school and during summer vacations. Upon graduating from college, Maroone started his full-time career in the automotive industry. In 1977, his father purchased a dealership in Miami, and Maroone was called upon to manage the store. The early years were not easy with the store being in a tough neighborhood—located south of the area marred by riots in Liberty City during the late 70s. Maroone joined AutoNation in 1997 when the former Republic Industries, Inc., acquired the Maroone Group. In 1998, he became president of the Auto Retail Group, as AutoNation brought together its new and used vehicle operations. Today, AutoNation represents more than 35 brands, from Porsche to Rolls Royce and Honda to Chevrolet.

AutoNation has twice been ranked in Forbes magazine's annual Top 500 Companies in the United States and has received numerous awards such as Time Magazine's Quality Dealer and Fortune's America's Most Admired and and was ranked the Number One Industry Champion five out of the last six years. Maroone is an active member of the community, sitting on the board of organizations such as the Dan Marino Foundation, the Boys & Girls Club of Broward County, Police Athletic League, and the Children's Cancer Caring Center. He is also the chairman of the board for Take Stock in Children, a program that helps low-income children receive assistance for education. In 2001, Maroone, along with five other entrepreneurs, purchased the Florida Panthers hockey team from H. Wayne Huizenga, allowing the team to remain in South Florida. Maroone is married to Monica and has a son Matt and a daughter Meredith.