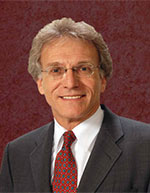 Mitchell Berger founded Berger Singerman in 1985 and currently serves as chairman of the firm. He is a member of several state Bars and the American Bar Association.

Berger has been active in public affairs at all levels of government. He was co-chair of the Community Relations Committee for the Summit of the Americas in 1994 and a member of President Clinton's Transition Team for the EPA and Department of the Interior in 1992–1993.

Part of the Distinguished Lecture Series at NSU's Huizenga School, Berger also guest lectured for Vanderbilt University and Washington University. He has published several articles in law journals, including the Nova Law Review, the National Law Journal, and The Jurist.

Berger has represented major corporations in complex commercial litigation throughout the United States. He represented Al Gore in Bush v. Gore. Among other honors, Gold Coast Magazine named him "One of the 50 Most Powerful People in Broward County." He has also received the Humanitarian Tree of Life Award from the City of Hope.