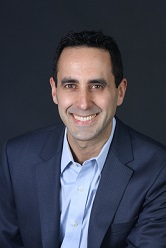 Adjunct Professor of Finance and Economics

From 2015 to 2019 Dan was the Head of Research at Bradesco BBI, where he led a 50-person equity, fixed income, and macroeconomic team with offices in 4 countries. Prior to Bradesco BBI, Dan held several asset management roles including as a senior investment advisor on a multi-billion dollar global commodity and equities hedge fund; as a Founder and Head of Research for a start-up emerging markets hedge fund, and as a senior analyst for a well-known long/short hedge fund awarded best US fund by Absolute Return in 2008.

Dan began his career and spent 10 years at Bear Stearns & Co, where he attained the position of Senior Managing Director. Dan was an Institutional Investor ranked analyst from 2004 to 2007, including a #1 position, he was also awarded Best on the Street by the Wall Street Journal in 2004 and 2006.

Dan has an undergraduate degree in social sciences from the University of Ottawa, a Masters degree in International studies (finance) from Columbia University, and is a CFA Charterholder. He currently runs a personal stock portfolio, and is a small business owner.